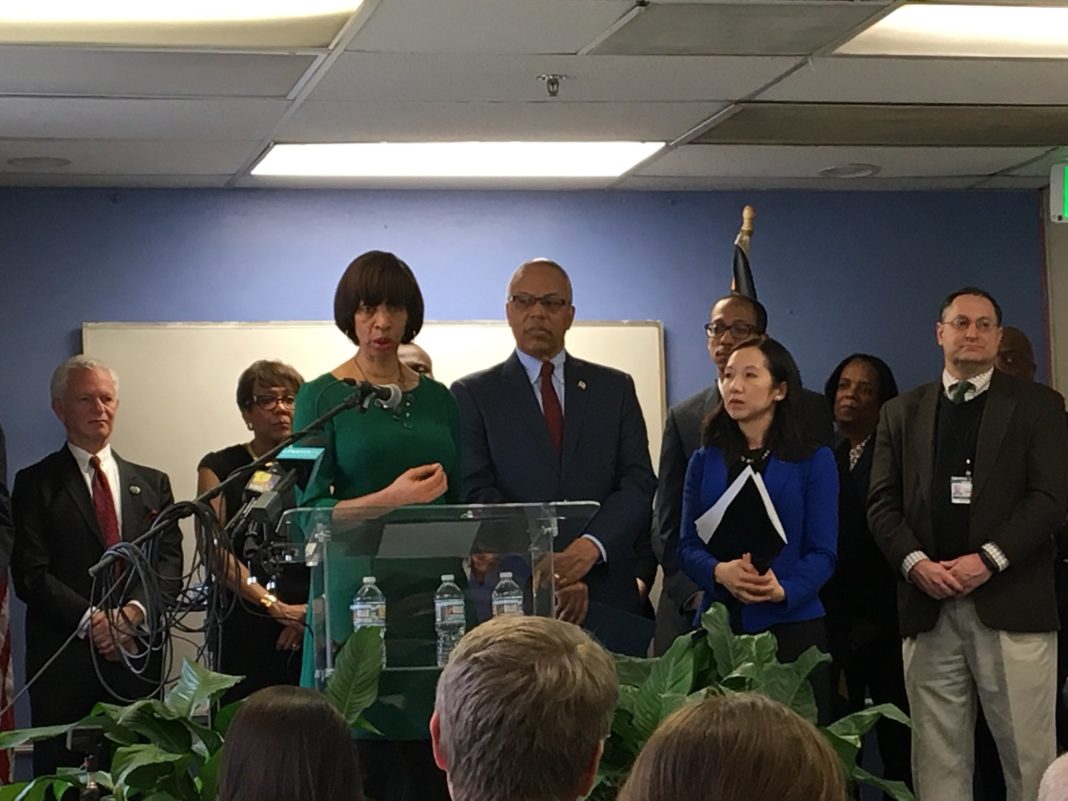 City and state agencies are partnering to open a stabilization center in Baltimore to connect people struggling with addiction to necessary services.

Lt. Gov. Boyd Rutherford, Mayor Catherine Pugh and Baltimore City Health Commissioner Dr. Leana Wen were some of the public officials on hand this morning to announce the plan.

Using $3.6 million in state funds, the Baltimore City Health Department will rehab the Hebrew Orphan Asylum at 2700 Rayner Avenue in Coppin Heights to create a place where people addicted to drugs or alcohol can receive medical care and get connected to wrap-around services, social services and other programs.

In the meantime, a pilot program serving 10-15 individuals, the first of its kind in Baltimore and the state, will operate out of the Tuerk House at 730 Ashburton Street. Organizers say the new center is scheduled to open in spring 2019 and will serve 30 to 35 people once it opens.

In a statement, Pugh praised the plan as a way to combat the opioid epidemic and “provide critical resources for those dealing with the disease of addiction and support their determination to get their lives back on track and become productive citizens of our community.”

Rutherford said in a statement that similar centers may soon open across the state.