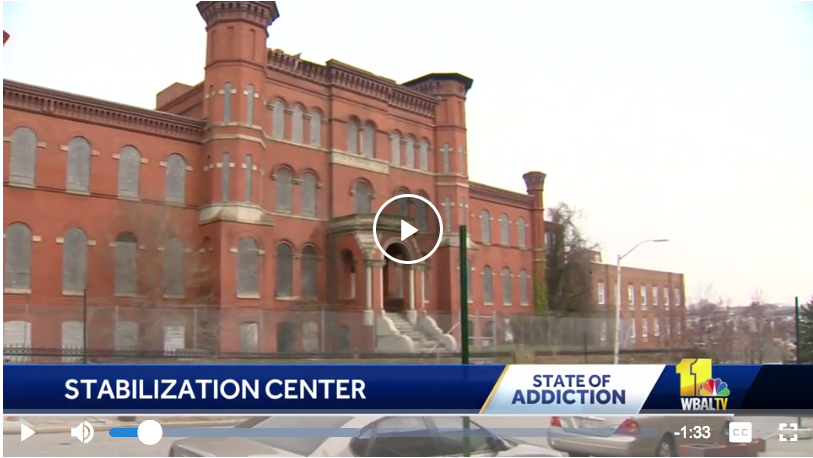 Baltimore’s mayor is making one of her biggest pushes yet to fight the opioid epidemic in the city.

City officials said the stabilization center is three years in the making, and it will be the first of its kind in Maryland, and one of the first in the country, to help people battling addiction and get them on the right path.

In the ongoing effort to counteract the opioid epidemic, Mayor Catherine Pugh announced Wednesday the planned opening of the Tuerk House Stabilization Center, located in the former Hebrew Orphan Asylum in Coppin Heights.

City Health Commissioner Dr. Leana Wen said the center will offer a safe place for people dealing with addiction to receive short-term medical care and a path for the future.

“This is the beginning of a 24/7 ER for addiction,” Wen said. “In the ER, people get medical treatment, but the ER is not always the best place to get wraparound services, like social services and specific behavioral health support.”

The city secured $3.6 million in capital funds from the state for the building, and the Maryland Community Health Resources Commission is providing an additional $2.6 million for operating expenses.

The Tuerk House will serve 10-15 people at a time. Those people will not be able to walk in, rather they must be transported there.

“It’s a diversion from the ER. It’s not a walk-in, but patients would otherwise be going to the ER, would be coming to the site if they have addiction or specific mental health needs,” Wen said.

Substance abuse experts said the new building and program won’t do enough to battle the opioid problem, and feel the facility should be used as a long-term care facility rather than short-term.

“This is maybe a step above a shelter,” substance abuse expert Mike Gimbel said. “When they go to an ER, when they go to a stabilization center, after a day or two, everyone is stuck with ‘Where do we send them?’ Because we don’t have enough beds and a long-term facility, which we know is the most successful program to treat opiate addicts.”

The mayor said the stabilization center is expected to open in the spring of 2019.